A short and sweet review for today! If you want a fantasy book with loveable characters, wholesome friendships and a world inside of a music box, this is the book for you. Seriously, it has everything you could possibly want like a model pig named Bertha and a giant talking duck named Freda. (They are the best characters in the book, to be honest.)

The story revolves around Leo and Mimi, two cousins who don’t particularly like each-other. (Leo thinks Mimi is rude while Mimi thinks Leo is boring. It’s a whole thing.) Their Great-Aunt Bethany Langlander passes away, leaving an old music box to Leo. There are rules that Leo has to follow if he is to take care of this music box:

Naturally, Mimi decides to disobey and does the exact opposite, much to Leo’s horror. That’s when the Blue Queen arrives. I don’t want to spoil the plot, but I will say this: the Blue Queen comes from the magical world inside of the music box. The world itself is called, you guessed it, ‘Rondo’. All the music box’s rules are to protect this world and to guard it from intruders. Since they didn’t follow these rules, Leo and Mimi find themselves inside the music box. Why? Because the Blue Queen stole Mimi’s dog (‘Mutt’) and took him back to Rondo. As we all know, stealing dogs is one of the worst crimes you can commit. It makes sense that Leo and Mimi would try to rescue him!

Rondo itself is a lovely world to read about. Everyone is named after their occupation (e.g. Posie is the town florist) or their personality (e.g. Jolly is…well, a jolly person!). There are also talking animals. They are definitely my favourite characters, especially Bertha and Freda. They’re hilarious. “How are they hilarious?” you ask. You’ll need to find out for yourself!

The book is the first of the Rondo trilogy. Although it may feel a bit unfinished when you complete the book, remember that there are two more books to read! The Key to Rondo introduces us to the main characters and the setting, which helps us to grow attached to everything in the story. Plus, one of the novel’s main messages is about the importance of imagination!

The Key to Rondo is a marvellous fantasy that’s perfect for light readers. Fantasy enthusiast Felipe and casual reader Jun recommend this book!

A teaching student whose goal is to become a primary-school teacher! I'm currently working as an English tutor to almost 100 students (they're all wonderful!). View All Posts

One thought on “Review – The Key to Rondo (Emily Rodda)”

My name is Miss! I’m training to be a primary-school teacher.

This blog is for reading passages, book reviews, and rambles about teaching experiences.

I hope you find this enjoyable! Feel free to comment and message! :) 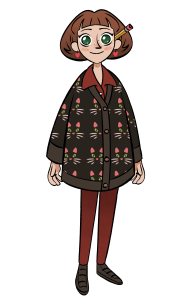 A 20-minute loop of calming music by Aaron Goldberg :)